Menu
How to reach the most forgotten? Reflections from Spanish stakeholders 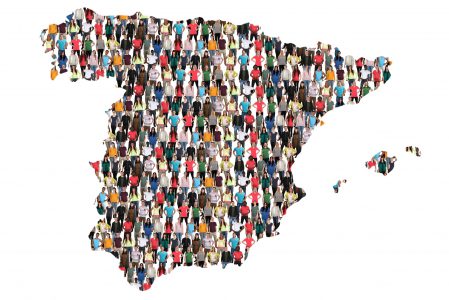 How to reach the most forgotten? This was one of the main discussions on the EUROSHIP Spanish stakeholders’ seminar on 14 June 2021, via Teams. The Spanish research team shared their main concerns and challenges at this stage of the project, shortly before the life-course interviews are about to start.

The participants considered the transversality of the topics, the diversity of the potential interviewees, and the appropriateness of considering the intersectionality effects of various disadvantages as very relevant. All of them expressed their will to help the Spanish research team with the recruitment of the interviewees. With that purpose, however, several of them asked the researchers for a more detailed list of the different profiles of interviewees, with clearer specifications in relation to employment trajectories, the duration and the severity grade of the poverty experiences, care needs and responsibilities, and migratory backgrounds- they stressed the relevance of including refugees and irregular migrants.  For example, in relation to poverty, they wondered about the pertinence of having cases with periods of hardship of around 6 months, a year, two years or the whole five years; and about the convenience of differentiating between relative and absolute poverty.

As for recruitment, the stakeholders recommended to contact third sector organizations as a main way to meet interviewees. However, a stakeholder stressed to be cautious about relying too much on potential interviewees voluntarily contacting the project team via phone or email, after having learnt about EUROSHIP through different channels, since this may mean risking to leave out the most vulnerable – not inclined, even reluctant, to contact researchers. Vulnerable persons who end up, as the stakeholder put it, being “the usually forgotten” in most surveys.

The duration of the interviews was also discussed. Several stakeholders recommended the possibility of having some interviews in several sessions on different days. That could be helpful when talking with aged people, persons with disabilities, or interviewees who show signs of getting tired with the questions.

They also recommended clearer information about the possible rewards for participating in the interview. All the participants were aware of the ethical and methodological issues involved in paying for participation; yet, most of them supported paying the interviewees for their time and sharing their experiences. Otherwise, the possibility of vouchers may be considered.

In the course of the session, the stakeholders raised some other issues. Blanca Cegarra form the Guttman institute (neurological rehabilitation) reminded us how disabilities and dependency sometimes are entangled concepts that need to be better differentiated, especially when talking of young people. Sometimes, even in some social services areas, it is not always clear enough that while everyone who is in a situation of dependency has a disability, everyone who has a disability does not have a dependency. The participants discussed the topics of the guidelines in light of the main objectives of the project: In which ways the public policies of the last decade deal with the most urgent social gaps, and how those gaps, and those policies, are experienced by the less fortunate people.

The project has received funding from the European Union’s Horizon 2020 research and innovation programme under grant agreement No 870698. The opinions published on this website reflects only the author’s view. The European Commission is not responsible for any use that may be made of the information it contains.